We all know accidents can happen, but when the accident involves oil or fuel near the water's edge the consequences can be serious. For years there have been a range of products on the market for boaters and marinas to address or prevent spills.

We all know accidents can happen, but when the accident involves oil or fuel near the water's edge the consequences can be serious. For years there have been a range of products on the market for boaters and marinas to address or prevent spills.

If You Have a Spill

The EPA maintains a list of products approved for use by spill response professionals called the National Contingency Plan Product Schedule. Manufacturers who want to make their products available to professional responders must have their products reviewed and placed on this list. The challenge for boaters is that once a product is on the NCP list it is then illegal for non-professional use on open water.

According to the Environmental Protection Agency, unless you are a trained spill response professional, you can only use "simple sorbents" on an open water spill. 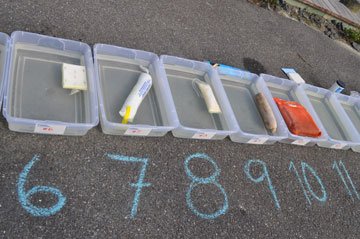 Simple sorbents are often polypropylene, or other natural materials that can be found in loose form or contained in pillows or booms. These products must be completely removed from the water after use and disposed of in accordance with local laws. Dispersants, surface washing agents and bioremediation agents, even when combined with absorbents are not considered "simple sorbents" and therefore are not legal for use by non-professionals in open water. In many areas, sorbents that are dripping oil must be disposed of as hazardous waste whereas those that encapsulate the oil can be bagged and disposed of in the traditional waste stream.

Sorbents and other material in the bilge can be a great spill prevention strategy to capture any oil drips in the bilge before they can be discharged overboard. 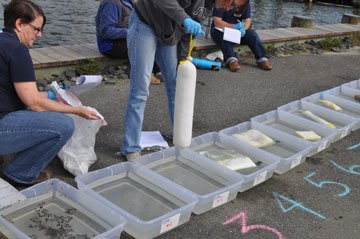 Check your local marine store and you are likely to find some bilge socks on hand. Some of these products are simple sorbents and others use microbes to help digest the oil, converting it into less hazardous components. It is illegal to add dispersants or emulsifiers (think soaps) to your bilge and then discharge them overboard. Adding anything to your bilge to mask the discharge of oil is illegal. It is also important to note that when placing anything in your bilge it is vital to secure it so it will not interfere with your bilge pump.

Despite what is legal and illegal to use there are a wide variety of products on the market aimed at spill response. The Foundation selected 21 products for testing they include:

The goal of our tests was to evaluate how the products performed, their potential impact on the environment and their ease of use and handling. To ensure our tests were done to high and independent standards, we partnered with Duke University Marine Lab for chemical analysis. They tested the toxicity of the products by using 10W-30 motor oil and Atlantic seawater. Some of the bioremediation products noted that their products could take up to 90 days for full effectiveness so Duke set up each product in a micro-bilge and left it for four months. After the four months was up, they added barnacle larvae to samples from each microbilge, left them for 24 hours and then analyzed the number of living and dead larvae to determine toxicity. They also conducted a visual inspection of each micro-bilge under LED light to determine the amount of visible oil remaining after four months. These longer duration tests were meant to simulate what could happen with oil and products left in a boat's bilge for an extended period of time.

Meanwhile BoatU.S. Foundation staff evaluated the products in a shorter-term setting. We used plastic bins large enough to hold the largest product, diesel fuel, and Chesapeake Bay water. We filled the bins to a predetermined level, and added the diesel fuel and products. We left the products in the diesel water mixture for one hour, agitating the bins and recording observations every 15 minutes. At the end of the hour we did our best to remove the product and then tested the water with a petroleum detection strip.

The results of the lab tests were very similar to what we found in the hour-long field tests. The performance and toxicity of the 21 products tested covered a very wide range. 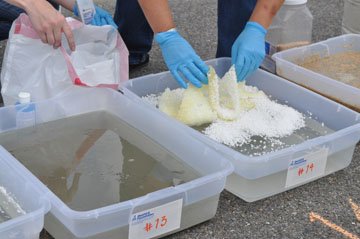 We found 10 products that were low in toxicity and 11 that ranged from toxic to super toxic. Of the 21 products in the 4 month testing only 8 were deemed truly effective with no visible oil remaining. In general loose products are challenging to use. Since any product applied to open water must be fully removed after use, loose products are generally hard to corral and remove completely from the water.

We also caution against using loose products in the bilge as they can clog your bilge pump creating a real mess. Powders, sprays and liquids are next to impossible to remove from an open water spill making them illegal to use by non-professionals. 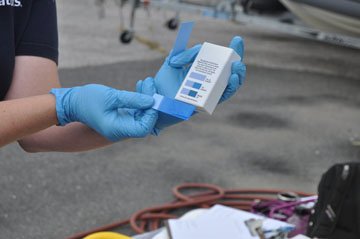 In the end five products were rated at highly effective with low toxicity: Enviro-Bond 403 in both the loose and contained form, CI Agent in both the loose and contained form, and the West Marine Bilge Oilsorber. Since the use of loose products is tricky at best we prefer the contained forms of the Enviro-Bond 403 and the CI Agent. CI Agent is listed on the NCP Product Schedule for professional use. We are told that the legality of it's use by boaters on an open water spill is up to the discretion of the spill response coordinators in each region. Both the Enviro-Bond 403 and the CI Agent pillows fully encapsulated the diesel. We were able to watch the color of the pillows change over the course of the hour, which provided some confidence that the product was working. The West Marine Oilsorber, a traditional simple sorbent, sat higher in the water. While not all of the product was in contact with the water/diesel mix, it still got the job done. Both the Enviro-Bond 403 and the CI Agent encapsulated the diesel making disposal easier in some areas where the West Marine Oilsorber had a few drips. 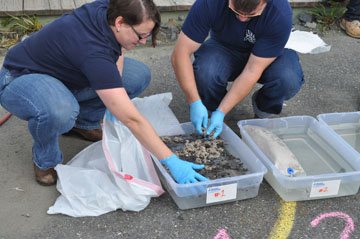 There are many products on the market that make sweeping claims about effectiveness, environmental benefits and even how the product can be used. You are right to be skeptical about these products' lofty promises. In the end, keeping a contained sock or pad in your bilge is always a good idea to prevent an accidental spill. The Enviro-Bond 403 Bilge Sock, the CI Agent Marine Pillow and the West Marine Oilsorber all serve this purpose well.

In the event of an open water spill, be sure to alert marina staff right away and call the National Response Center and state authorities. While you await further instructions, contained simple sorbents can also get to work cleaning up the spill as long as you remove them from the water when finished and dispose of them properly. The world of spill response is complex to say the least. Obviously prevention is the easiest solution, but when a spill occurs it is good to have the right supplies on hand.

Of 21 products tested, here are the top-performing oil absorbers and how they can be used.

To simulate stray oil in a boat bilge over a season, and also to simulate an accidental spill in open water, we measure: 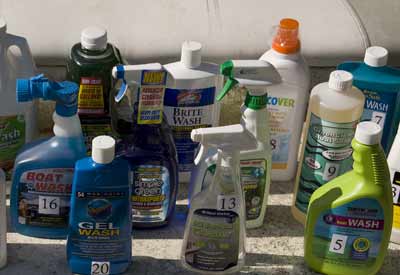 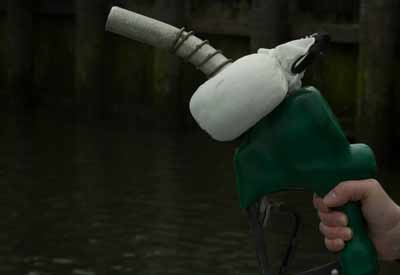 Spill? What spill? Check out our findings on fuel spill prevention products.